How severe has the Indian economy been affected by COVID

India has become the latest hotspot for the COVID-19 pandemic worldwide, as cases of infection have soared in the last few weeks. With 4.2 million confirmed cases, India overtook Brazil on September 7 to become the country with the second-highest number of confirmed cases in the world. The overall number of confirmed cases increased to more than five million on September 16. Even though the daily number of cases seems to have slowed down, India’s economy has been hit so severely that it might take a long route to recover India’s falling economy. A dystopian picture has been drawn around the world by the pandemic; stopping supply chains, sales sources, and much more. But as steps for recovery were put in motion, restoration was expected as companies got moving and operations resumed.

India One Of The Worst Affected Among Emerging Markets :

The Motilal Oswal analysis of macroeconomic conditions in India through emerging markets has shown that India appears to be the worst affected economy among emerging markets due to the Covid-19 pandemic with the Investors’ Macro Ratings Index (IMRI) deteriorating most in the country in the first half of the calendar year 2020. IMRI tests investors’ view of an economy’s strength based on parameters such as inflation, the fiscal deficit, the deficit in the current account and the shift in real GDP growth. Although IMRI weakened during H1 for all developing economies, Taiwan has shown the least collapse while India has experienced the most.

There has been a strain of argument that if restrictive policies need to be left in place for long durations, economic effects may last for several months if not years. Will India see numerous booms and busts, spanning many quarters, in the number of cases and production losses? When will economic activity rebound to its pre-outbreak levels? In the global economic market, there is a huge change and the yield curve has seen crashes day by day. They shut down factories, restaurants, bars, markets, airlines, stores, malls, universities and schools, etc. Fear of the coronavirus has restricted the movement of people. People were not even going to purchase the basic needs, and all of this had an impact on the global economy overall.

Take a look at, for example, the International Monetary Fund’s per capita GDP projections. This year in 2020, Indians are 11% down, rendering them on average poorer than Bangladeshis. How long would it take for this number to recover? The IMF estimates that the recovery itself will take three years and GDP per capita will only return at the end of 2022. However, various industries and sectors have reacted differently to the pandemic, with some flourishing during the pandemic, such as online media, online education and e-commerce. “In terms of sales since the pandemic, they have dominated the charts. For these sectors, the growth curve has been on the verge,’ Chopra said. Industries such as travel and tourism, on the other hand, have seen their companies come to a full halt. As the coronavirus hits the country’s economic operation as a whole, India faces a significant decrease in government revenues and export growth for at least two quarters. A decline in investor confidence has an impact on privatization, business and political plans.

India’s Per Capita Going Back To Pre- Covid Levels Not Anytime Soon :

A number of individual voices have reported that India will not have a sharp recovery as being assured by the government. In the April-June quarter, India’s gross domestic product (GDP) growth contracted by 23.9 percent, while various agencies estimated a contraction of about 10 percent for the entire fiscal year. On November 27, the Centre will announce the July-September GDP numbers. A stagnated growth effect is unavoidable due to the profound economic damage caused by the coronavirus pandemic and lockdowns imposed to contain it. India’s economy will have to deal with its aftermath, long after the pandemic is contained.

The global supply chains have been disrupted by the covid and this is having disastrous effects over multiple supplier network levels. In 2020, international trade will decrease in every area of the world and affect all economic sectors.

In summary, given the diversity of the problem facing every sector or industry, it will take time for the Indian economy to adapt to the new normal. Moreover, it will take time for the steps taken to drive the economy forward to unfold fully. Their effect can be seen after a certain period of time when initiatives and policy changes have already been enforced. We certainly have to keep going forward but we also need to be careful because any measures taken in a rush will not give us the desired outcome because of the volatility and in the market. 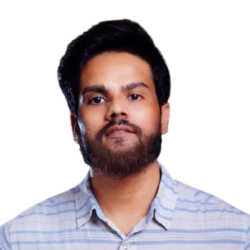 Disruption typically has a negative vibe, but it is not always a bad thing....
Business Investment stock market

Introduction to Stocks For Beginners

Whenever we hear the word stock trading, the first image that comes to our...